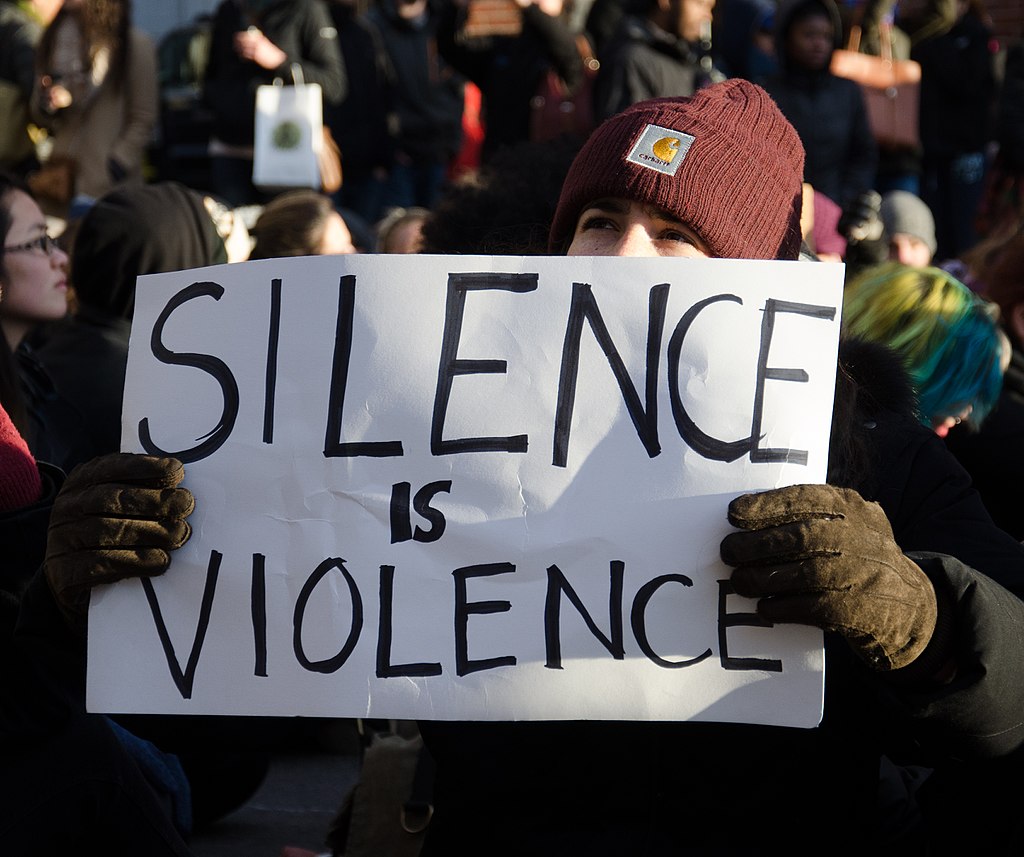 After it was published in 2018, Robin DiAngelo’s White Fragility received fawning reviews from The New Yorker and Publishers Weekly on its way to becoming a New York Times bestseller. Well-intentioned white people bought the book in droves and the titular phrase became ubiquitous, used as a way to explain or attack white people who protested when accused of racism. Now, as more Americans are asking how they can fight racism in response to the appalling deaths of George Floyd, Ahmaud Arbery, and Breonna Taylor, White Fragility has seen a resurgence, this time topping the bestseller list.

But while people’s desire for valuable insight about race-related issues is laudable, White Fragility cannot satisfy that need. The book does not offer profound insight into the souls of white people. Rather, White Fragility is religion masquerading as knowledge. DiAngelo’s conception of white fragility isn’t hard won wisdom. It’s an unprovable and unfalsifiable theory, deceptively framed to convince readers of their own guilt.

Throughout White Fragility DiAngelo tries to convince readers of two things. First, DiAngelo argues that white people are inescapably racist, writing, “All white people are invested in and collude with racism,” and that “The white collective fundamentally hates blackness for what it reminds us of: that we are capable and guilty of perpetrating immeasurable harm and that our gains come through the subjugation of others.”

Second, DiAngelo argues that any white person who does not admit to their own racism is blinded by their “white fragility.” In DiAngelo’s words, because white people are, “Socialized into a deeply internalized sense of superiority that we either are unaware of or can never admit to ourselves, we become highly fragile in conversations about race.” This fragility purportedly explains why, “people who identify as white are so difficult in conversations regarding race.”

More insidiously, DiAngelo frames her theory of white fragility such that any conceivable reaction a white person has when discussing race is purportedly evidence of fragility, and any denial of her theory is interpreted as proof of its validity. For example, DiAngelo writes that,

“The mere suggestion that being white has meaning often triggers a range of defensive responses. These include emotions such as anger, fear, guilt, and behaviors such as argumentation, silence, and withdrawal from the stress-inducing situation. These responses work to reinstate white equilibrium as they repel the challenge, return our racial comfort, and maintain our dominance within the racial hierarchy. I conceptualize this process as white fragility. Though white fragility is triggered by discomfort and anxiety, it is born of superiority and entitlement.”

In other words, if DiAngelo accuses you of racism or fragility and you disagree with her in any way-through argument, silence, or withdrawal-your reaction is considered proof of your fragility. DiAngelo leaves white readers with only two options. Either acknowledge your fragility, which proves DiAngelo’s theory, or deny your fragility, which according to DiAngelo, also proves her theory. This is a logical fallacy known as a Kafkatrap. If our legal system worked this way, no person accused of a crime would ever be acquitted because their denial would prove their guilt.

DiAngelo uses similar techniques to support her second core theory that all white people are racist. For example, DiAngelo lays another trap that makes it impossible for white people to speak ill of any neighborhood with high crime rates in which many people of color reside. When DiAngelo’s friends warned her not to buy a home in neighborhoods with relatively high crime rates and poorly rated schools, DiAngelo later discovered that the neighborhoods had a high percentage of black and brown residents. From this, she concluded that her friends’ warnings were racially motivated and that “my fellow whites had communicated the racial boundaries to me.” Did you spot the trap?

If DiAngelo’s friends had told her not to live in the neighborhoods because they had black and brown residents, she could call them out for overt racism. But even when her friends made no mention of race whatsoever, DiAngelo attributed their warnings to racism as well. There was no way for her friends to mention the neighborhood’s high crime rates without DiAngelo finding them guilty of racism.

DiAngelo also supports her theory that all white people are racist by interpreting ambiguous events to support her conclusions, despite other plausible explanations. In one anecdote, DiAngelo describes an incident in which a white female teacher had two black students at her desk. The teacher prefaced something she said with the word “girl.” One student felt that the use of the word “girl” was racist. The other student disagreed, saying that the teacher called all her students “girl” regardless of their race.

Any reasonable person would conclude that if the teacher called every student — white, black, Asian, Latinx — “girl,” the teacher’s use of the word resides somewhere between “not racist” and “open to interpretation.” But DiAngelo reached a different conclusion, demonizing the teacher’s lack of concern for the offended student’s feelings, and calling the teacher arrogant for thinking the use of “girl” was not racist. To be clear, while teachers should listen to their students’ concerns, there is no proof this teacher’s word choice was racially motivated. And ironically, DiAngelo is guilty of everything she criticizes the teacher for because DiAngelo arrogantly ignores the other black student who did not think the comment was racist.

DiAngelo uses similarly dubious logic when discussing the President Barack Obama’s tenure in office. DiAngelo quotes Carol Anderson who argued that even though Obama was elected twice, America’s overriding racism was self-evident because, “voting rights were severely curtailed, the federal government was shut down, and more than once the Office of the President was shockingly, openly, and publicly disrespected by other elected officials.”

But every single one of those things happened to other presidents besides Obama. Both Bill Clinton and Donald Trump endured longer shutdowns. Voting rights have been under attack for decades. Every president with the possible exception of George Washington has been disrespected by other elected officials. Of course racism and racists still existed during Obama’s presidency, as they do today. But DiAngelo dramatically overstates her case by citing racism as the reason for commonplace political maneuvering.

White Fragility is full of similar fallacies, anecdotes, and on occasion, outright lies. DiAngelo, for example describes Congress as 90 percent white, which hasn’t been true for decades. But perhaps its most outrageous passages are DiAngelo’s vicious attacks on white people.

In one section, DiAngelo berates the very type of person who is likely reading her book, writing, “I believe that white progressives cause the most daily damage to people of color. I define a white progressive as any white person who thinks he or she is not racist, or is less racist.” In another, she mocks white people for not knowing what to do about racism, writing, “What has enabled you to be a full, educated, professional adult and not know what to do about racism?” “How have we managed not to know, when the information is all around us?”

One can’t help wonder how DiAngelo would respond to similar inquiries. Does DiAngelo have the solutions to sexism, health care, or immigration reform? If not, how could she be so ignorant? The answers are all around us!

The best that can be said of White Fragility’s is that DiAngelo occasionally makes valid points. She points out how the preponderance of white directors in film and television leads to superficial portrayals of non-white characters. She argues that it is easier for white people to navigate spaces and move seamlessly through them without having to think about their race, which is true. But these insights are hardly Earth-shattering revelations, and they have nothing to do with DiAngelo’s central claims. More importantly, occasional truths do not outweigh the damage of DiAngelo’s big lies.

What ultimately makes White Fragility so manipulative is the way it exploits the good intentions of its readers. White people read the book because they care about fighting racism and being allies to people of color. They are ready to listen to a purported expert like DiAngelo. But instead of providing genuine expertise, DiAngelo uses Kafkatraps and fallacies to convince white people they are racist and fragile. Then she travels the country, charging thousands of dollars an hour to cure white people of the ailment she diagnosed them with.

Racism By Any Other Name

If a similar book were written about any other racial group-Asian Insecurity, Black Hostility, Latinx Insensitivity, etc., not only would the book never become a bestseller, it would never be published. People would see the book for what it is — an absurd generalization that attributes negative qualities to an entire race of people — the very definition of racism.

But White Fragility has succeeded because we are in a unique historical moment in which our discourse of race-related issues has become so irrational that people can no longer tell the difference between scholarship and nonsense, or between antiracism and religion. The battle against racism and discrimination is vitally important. But we cannot win that battle with leaders like DiAngelo peddling intellectual fraud like White Fragility as the answer. Using facts, logic, and critical thinking is the only way we’ve ever solved our problems, and it’s the only way we ever will.