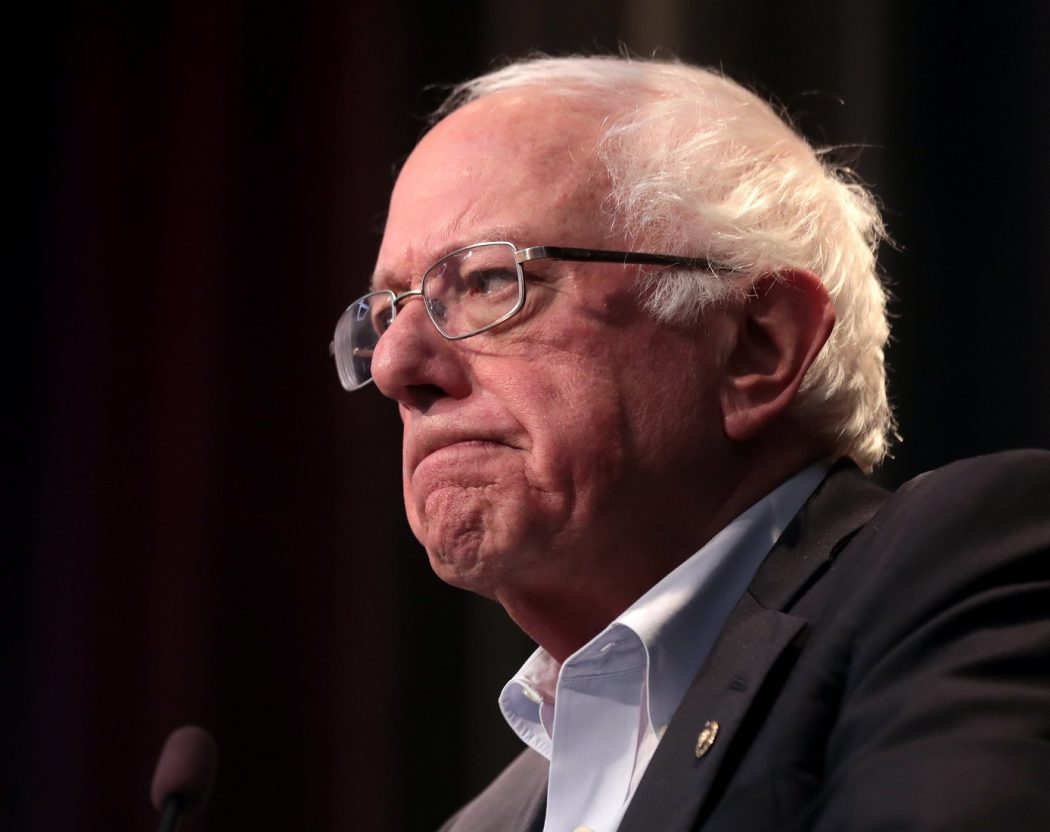 Even by the low standards of electability arguments, Bernie’s is bad.

Because Democrats are so focused on beating Donald Trump in November, debates over electability have been more heated than usual. Everyone—candidates, pundits, and Facebook friends—seems to have their own theory. But unfortunately, most of them are based on little more than some combination of gut feeling and self-interest, with the theorist usually concluding that the candidate they like the best is also the most electable. In a sea of poor prognosticators, it is tempting to tune them all out, or to conclude that no theory of electability is better than another. But that would be a mistake.

Electability is important. Although there is inherent uncertainty in trying to predict the outcome between any two candidates nine months from now, that doesn’t mean all electability theories are created equal. There are two things we can do to separate the good from the bad: 1) evaluate the logic behind a theory and 2) check how it matches up with the available data. Bernie Sanders’ theory of his own electability fails both tests.

Sanders has been very clear about his theory of electability. He routinely says that to beat Trump, “we need to have the largest voter turnout in the history of the United States” and that only through the energy and excitement for his candidacy, can we reach that lofty goal. Let’s consider the premise of Sanders’ theory before examining how well he’s fulfilling it.

While turning out in historic numbers would definitely improve Democrats’ chances of beating Trump, the idea that record turnout is the only way to beat Trump, or even the most likely path to victory, is just not true. In 2016 Trump lost to Hillary Clinton by approximately three million votes nationwide, but won the Electoral College due to extremely narrow margins in Wisconsin, Michigan, and Pennsylvania. With just minor changes to her campaign—like committing more time and resources to those three states–or some good fortune—the absence of Jill Stein’s candidacy or James Comey’s infamous letter–Hillary would almost certainly be President today. The lesson from 2016 isn’t that Democrats can only succeed with record turnout. It’s that they need to do a little bit better in key swing states than they did four years ago. And turning out more voters is just one of the ways to do that.

Sanders’ premise that increased turnout is the path to victory is weak not just because there are other ways to close the gap from 2016, but because there is reason to believe that winning back Trump voters is more likely to pay dividends than improved turnout. First, increased turnout does not necessarily portend success for Democrats because, according to a recent survey, non-voters don’t overwhelmingly support Democrats. The report concluded that even if every non-voter voted in 2020, “non-voters would add an almost equal share of votes to Democratic and Republican candidates.”

Second, convincing Trump voters to support a Democrat has an inherent advantage over turning out a new Democratic voter—the former is twice as valuable because it both adds a voter to the Democratic column and takes away a voter from the Republican column.

Third, in the 2018 midterm elections, it was primarily through reclaiming Trump voters, rather than turning out new voters, that Democrats’ succeeded. An analysis from the data firm Catalist found that changing voter choice accounted for 4.5 percent of the 5.0 percent shift in Democrat’s favor from 2016 to 2018, while increased turnout only accounted for 0.5 percent of the shift. In other words, Trump voters who supported Democrats in 2018 were 90 percent responsible for the blue wave while increased turnout was just 10 percent responsible.

This isn’t to say that turnout and persuasion aren’t both important—they are. But Sanders’ claim that historic turnout is the only way to beat Trump is contradicted by the data from both the 2016 presidential election, and the 2018 midterm elections.

But let’s assume, for the sake of argument, that Sanders’ premise is correct and that historic turnout is the only way to defeat Donald Trump. Sanders would still actually need to deliver that historic turnout to win. And based on the early results of the Democratic primary, it simply isn’t happening. According to an analysis from Nate Cohn and Sydney Ember, “The results so far show that Mr. Sanders has prevailed by broadening his appeal among traditional Democratic voters, not by fundamentally transforming the electorate.”

There was no significant increase in turnout in precincts Sanders won in Iowa. In all four early states there was no clear evidence of increased turnout among young people—a core Sanders constituency. And overall turnout numbers have been somewhat disappointing in contrast to historic turnout from Democrats in 2018.

Sanders supporters try to deflect that reality by pointing out that at the end of the day, Sanders is winning the primary, which is true. But that’s a textbook example of moving the goalposts. Sanders may be winning primary elections, but he isn’t producing the surge in turnout that he claims is the only way to beat Trump.

Just because Bernie’s own electability argument is bad doesn’t mean he’d lose to Trump. Trump is a historically unpopular President and any candidate Democrats nominate will have a decent chance. But if Sanders wins the nomination, his campaign would be well-served to reconsider their path to victory. Placing more emphasis on winning over reluctant Trump voters rather than counting on an army of new voters supporting Sanders, will improve their chances of success.