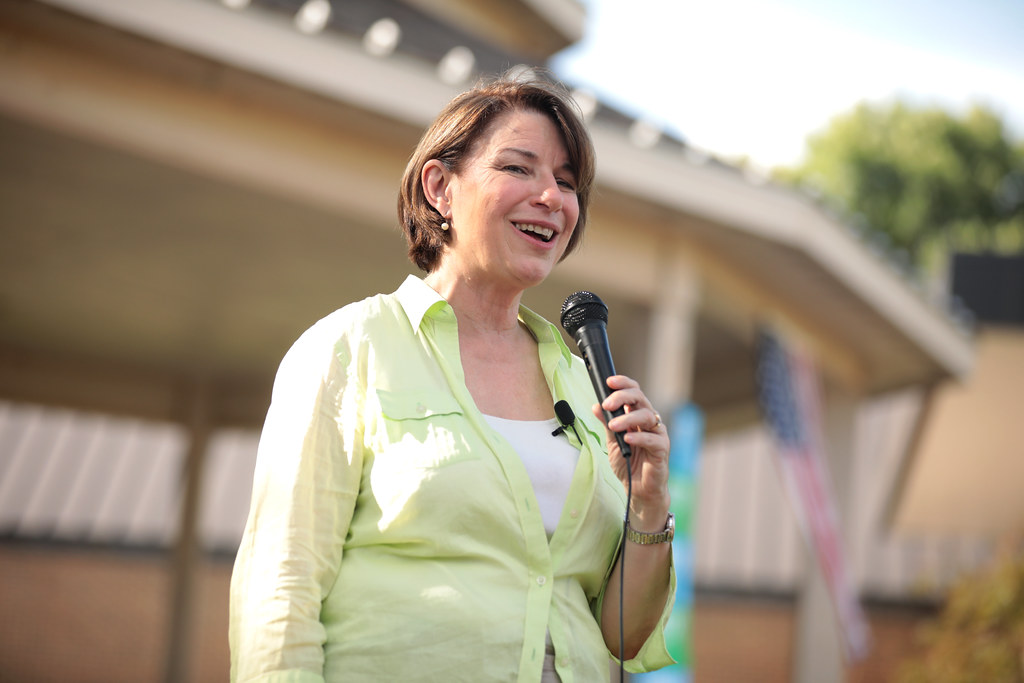 In 2020, Democratic voters have the most difficult choice they have had in years. Not only are the stakes of the election exceptionally high with Donald Trump in the White House, but there is a large field of candidates to choose from. Whether you identify as a progressive or moderate, or prioritize experience or electability, each candidate has clear strengths and weaknesses. At the end of the day, our challenge is to settle on the candidate who offers the strongest combination of positives with the least negatives. I believe that person is Amy Klobuchar.

Amy Klobuchar has the best combination of knowledge, experience, legislative track record, and a history of winning in red and purple districts, in the Democratic field. She has served in the Senate for over a decade, which sets her apart from candidates like Pete Buttigieg and Andrew Yang, who have plenty to offer, but who may simply not be ready for the responsibilities of the presidency. There is significant value in working on federal legislation, being briefed by intelligence officials, questioning Supreme Court nominees, or making critical foreign policy decisions that one cannot easily gain elsewhere. With the possible exception of Joe Biden, Klobuchar would be as ready as any candidate to step into the oval office on day one.

Throughout the Democratic debates she has demonstrated a depth of knowledge on policy issues that exceeds most other candidates. Whether she is discussing gun violence, prescription drug prices, or Iran, Klobuchar doesn’t just stick to talking points or platitudes—she can speak about the issues with nuance because she truly understands them. Her plan for her first 100 days in office clearly outlines how she will use both executive action and legislation to pursue an ambitious agenda. And unlike other candidates, she does not make promises she can’t keep. She levels with voters, which is a welcome contrast to our dishonest President.

Klobuchar has also proven that she can get things done. According to one study, she was the most effective Senator of the 115th Congress. She also ranked first in bills signed into law in the 114th Congress. During her time in the Senate, she has been the primary sponsor of thirty-three bills signed into law, covering a diverse group of issue areas including infrastructure, addiction recovery, and promoting women in entrepreneurship. For sake of comparison, during his much longer career, Bernie Sanders has only been the lead on seven successful bills. When it comes to negotiating with Congressional leaders, Klobuchar has shown she can do it better than her peers.

Klobuchar Has The Strongest Electability Argument

But what about the elephant in the room—beating Donald Trump? Electability may be Klobuchar’s greatest strength. Although no one can predict the future, her track record in Minnesota and the data on past elections cuts in favor of Klobuchar having the best chance of winning back the White House. In 2018, she won her election in Minnesota by twenty-four points, which outperformed other Democrats, even during the blue wave. And not only has she won a majority of counties in every election, she has won where Trump won, in some cases by more than twenty points.

It’s unfortunate that, because of the Electoral College, a handful of swing states matter more than the rest. But that’s our reality for now, and that means Democrats must nominate a candidate with the best chance of winning in key states like Minnesota, Wisconsin, Iowa, Michigan, and Pennsylvania. The good news for Klobuchar, is that she is strong enough in her home state that she would virtually be assured of victory there, which would allow her to devote more resources to other states. And if she can win over swing voters in Minnesota, she can likely win them over in Wisconsin, Michigan, and Pennsylvania. And if she can do that, she would likely win the election.

Some may argue that Democrats need to nominate a more progressive candidate like Bernie Sanders to “excite their base,” but in truth, the overwhelming evidence shows that more moderate candidates generally fare better in general elections. Furthermore, it would be far more difficult for Republicans to attack Klobuchar than some other Democrats. It is easy to portray Sanders as a socialist who wants to tax us all into oblivion, or to go after Buttigieg’s inexperience. Klobuchar does not lend herself to such obvious criticisms. When historical data is combined with her record in Minnesota, nobody has a stronger electability argument than she does.

The most common argument against nominating Klobuchar is that she simply isn’t progressive enough. She supports building on the Affordable Care Act rather than jumping to Medicare For All. She proposes making community college tuition free rather than all public college tuition. Like Biden or Buttigieg, she is more “moderate” than Elizabeth Warren or Sanders. But at the end of the day, a Klobuchar presidency could result in more progress than a Warren or Sanders presidency anyway.

For example, even if you believe Medicare For All is the end goal we need to achieve, less than one third of Senate Democrats currently support it. Even if Sanders or Warren is elected, it’s extremely unlikely Medicare For All would make it through Congress. If Klobuchar can help shepherd an expansion of the ACA across the finish line, which is far more likely, it might actually bring us closer to universal health care than directly pursuing Medicare For All would.

Klobuchar may not take as big swings as Warren or Sanders, but she is also less likely to strikeout. Even if a Klobuchar presidency falls short of progressive benchmarks, if it results in more affordable health care and education, a fairer tax system, and swift action on climate change—she has pledged to introduce sweeping legislation that builds on the Green New Deal—it will be an immense step in the right direction.

She More Voters Learn, The Higher She Polls

As the primary votes begin, Klobuchar is definitely not the frontrunner. But interestingly, she seems to be the only candidate who has consistently and steadily gained in the polls in Iowa and New Hampshire over time. She started the race at a significant disadvantage—other candidates had much higher name recognition, much bigger email lists, and got much more media attention. But the more voters in early primary states take a close look at her, the higher she polls, which is an encouraging sign.

Democrats should, of course, unite behind their eventual nominee regardless of who it is. But Amy Klobuchar offers the strongest combination of capability and electability in the field. Her election would not only shatter the glass ceiling; she would make an excellent President.