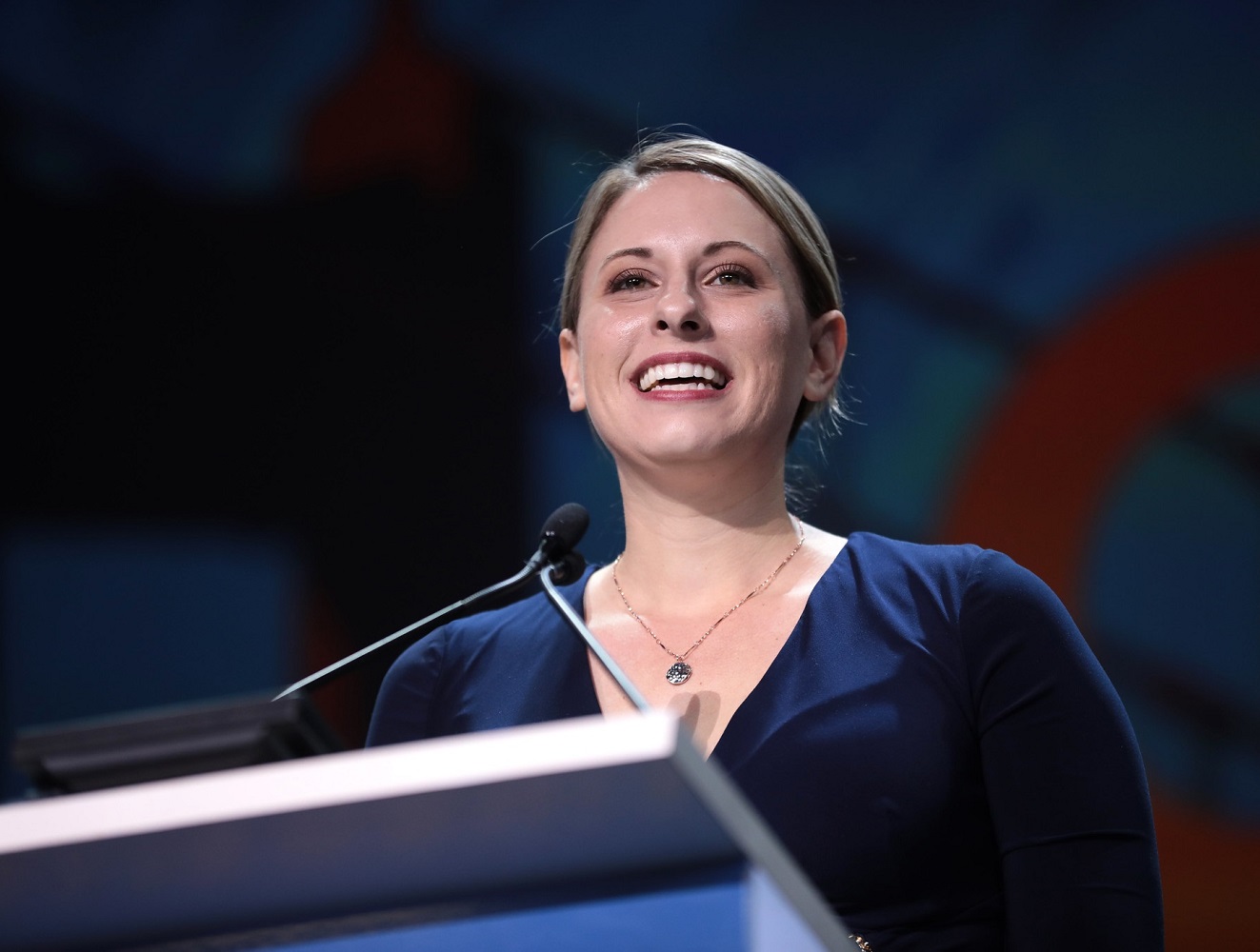 Making sense of a messy situation.

As I wrote in Washington Monthly, if ever there was a scandal that was tailor-made for conflicting views or nuanced opinions, Katie Hill’s was it. While that piece focused on the hypocrisy in how extreme partisans responded to the scandal, now I want to focus on the conflicting truths at the core of the controversy.

The more I’ve seen people’s reactions to Hill’s final floor speech, the more it became clear that many people who have followed the scandal are gripped by mixed feelings—sympathy, disappointment, anger, or frustration. That’s okay, because human affairs are complicated. And since reading other people’s views helps me clarify my thoughts, I’d like to lay out what I see as three complicated truths about the scandal, with the hope of helping others work through their thoughts.

Hill is a victim who also deserves blame.

Revenge porn—the practice of an ex-lover leaking intimate photos or videos of someone without their consent—is disgusting. It is illegal in many states and it should be illegal everywhere. Nobody should be subjected to it and the media outlets that ran the leaked photos of Hill are unprofessional and irresponsible. In this thread of the scandal, Hill is undeniably a victim, and nobody should feel the need to resign from their job because of leaked nudes.

I, like many others, do not believe relationships between consenting adults are a public matter. I also do not think that every relationship between a boss and a subordinate should necessarily result in termination or resignation. But in this case, Hill knew the rules.

She was a #MeToo proponent well versed in the idea of power-imbalanced relationships. She had tweeted that we need more women in power, accompanied by a list of men brought down by #MeToo. And then, while she was running for Congress, she started a relationship with someone who worked for her and took photos documenting the relationship. That was a selfish, dumb thing to do. The volunteers who knocked on doors for Hill, phone banked for Hill, and endured hours of Southern California traffic for Hill, have every right to be disappointed that she jeopardized everything they fought for with her poor judgment.

So while Hill may be a victim, she is not a blameless one.

Hill was subjected to a double standard, but is overstating her case.

Our society is full of harmful double standards based on gender, race, sexual orientation, and other criteria. Hill, as a bisexual, polyamorous, young woman, was subjected to some unfair double standards. Intimate photos that depict women are more likely to be leaked and shared than photos that depict men. Salacious headlines about being in a “throuple” relationship speak to the way polyamory is discussed differently than other relationships. The classic example of praising men who sleep around while criticizing women is another example of a double standard that was likely at play in at least some of the commentary about Hill.

But, the idea that Hill put forth in her final floor speech, blaming her departure from Congress on a double standard and misogynistic culture, is overstating her case. No double standard or misogynistic culture caused Hill to enter a relationship with a staffer. And, as I mentioned in the Washington Monthly article, plenty of men have left Congress under a cloud of similar accusations—for sexting, sending nude photos, having a relationship with a staffer, etc. No, none of those scandals are exactly identical to Hill’s because no two scandals ever are. But the idea that men are not taken down under similar circumstances, especially in the past decade, within the Democratic party, is demonstrably false.

There are, of course, examples like Duncan Hunter and Donald Trump, who are accused of worse and remain in office. But 1) Hill chose to resign and they did not. That’s not a double standard. That’s different people making different choices and 2) Even if Hill was quietly pressured out of office by fellow Congressional Democrats, that is evidence that Democrats handle sex scandals differently than Republicans, not than women are treated differently than men.

I thought Hill’s final floor speech was very compelling, especially her message that she will continue to fight against cyber exploitation, and that young women should not be deterred from pursuing their dreams under threat of such exploitation. It’s an essential and inspiring message. That part of Hill’s speech was great.

The part where she failed to bluntly take responsibility for her actions was not. Yes, Hill said “I’m sorry” multiple times during her speech. But we all know the difference between a direct, honest apology where we admit exactly what we did and apologize for it, and the vague “I’m sorry for mistakes that were made” or “I’m sorry for those who were hurt” apology.

Hill never actually said what she was apologizing for. And after watching the speech, one could easily have the impression that Hill was not involved in any relationship with a staffer and that her only mistake was allowing some photos of her be taken (she said some were taken without her consent). Hill was willing to call out what everyone else did wrong—her husband, the media, culture, society—but did not hold herself to that same standard.

I understand that it must have been an extremely rough week for Hill and I have immense sympathy for her. Who knows what is going on behind the scenes or the kind of fear and uncertainty she is dealing with? And imperfect apologies are human—we have a natural inclination and professional incentives to portray ourselves in the most positive light. But, for her constituents and the people who worked their butt off to get her elected, I think Hill owed them a more honest apology. Condemning the exploitation she faced, while admitting that other people’s actions do not excuse her own, and acknowledging those actions, would have met that standard.

As news of the Hill scandal broke, as usual, people rushed to take sides. To read conservative pundits, Hill was justifiably brought down because she exploited her staff for sexual gratification. To read many progressive writers, Hill is a courageous victim whose resignation was a travesty. Fortunately, there is nothing wrong with residing somewhere in the middle. That’s usually where the truth happens to be.