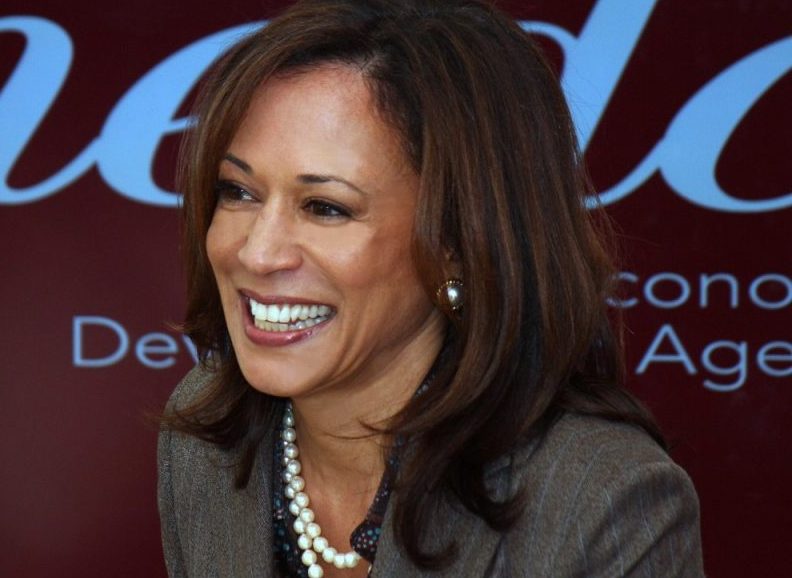 If we keep judging debates as performances, we’re going to keep electing performers.

If you believe the media consensus, Julián Castro and Kamala Harris were the “breakout stars” of their respective Democratic debate nights. In the sense that they both gained favorable media attention, that’s true. But there is a reason candidates who do well in debates are said to have given a great “performance”—because we judge debaters more like actors, responding to how they make us feel instead of how they make us think.

Watching the debates live, it was easy to see Castro and Harris making impassioned remarks and seizing the spotlight. It felt like they were doing well. But looking at the debate transcript and the content of their answers makes it difficult to understand what was so breakout worthy.

Harris received raucous applause early in the evening when, as candidates interrupted each other, she said, “Guys, you know what? America does not want to witness a food fight, they wanna know how we’re gonna put food on their table.” But that’s a scripted one liner—the kind some candidate uses in nearly every debate to appear above the fray. It has about as much to do with governance as juggling or tap dancing.

Similarly, Castro was widely praised for his first answer, saying that he would close the gender pay gap by passing the Equal Rights Amendment. But even if elected President, passing the ERA would not be within his power. The second part of Castro’s plan wasn’t any more convincing. He pledged to “pursue legislation so that women are paid equal pay for equal work,” which is the kind of vague answer any candidate can use for any issue—to pursue legislation to accomplish some goal.

Furthermore, studies have shown that the bulk of the pay gap is not caused by unequal pay for equal work, but by other factors such as the challenges women face balancing child care with their career. But to debate analysts, that didn’t matter. Just mentioning the ERA or equal pay for equal work—even without a credible plan—was enough for Castro to score points.

Harris and Castro both got their biggest “wins” of the night by confronting more popular rivals. In what appeared to be a carefully planned attack, Harris seized on the first mention of race in the debate to go after Joe Biden. She said it was hurtful to hear him talk about U.S. Senators who supported segregation and alleged that he opposed busing to integrate schools. When Biden explained that he didn’t oppose busing, but thought at the time that it should be a local decision rather than a federal one, she persisted, arguing that the government should have stepped in nonetheless. For what it’s worth, Biden’s lifetime rating from the ACLU on legislation affecting civil liberties and rights is 86 percent, the same as Harris’s most recent rating.

Castro was equally relentless when he highlighted his disagreement with Beto O’Rourke over Section 1325 of Title 8 of the US Code. Castro wants to repeal the provision because it is used as justification for separating families. O’Rourke doesn’t include repealing Section 1325 in his immigration plan.

Whether Castro is right about Section 1325 or Harris was right to second guess Biden isn’t the issue. The debates are treated like a game, and Castro and Harris scored points simply by putting their opponents on the defensive.

It’s not that Harris and Castro don’t deserve credit—they were prepared and they did the things you need to do to “win” debates. The problem is, there’s no evidence that using one liners and scripted attacks during a debate bears any relationship to being an effective President.

Zingers and barbs won’t address climate change or help Americans who need affordable health care. Attacking your opponent won’t push legislation through Congress. But Harris has already soared to the top of the betting markets and Castro is being touted as a VP on the strength of little more than a few good minutes on camera. Should Harris and Castro’s “moments” really outweigh Amy Klobuchar’s track record of passing legislation and winning elections in red states, or Elizabeth Warren’s thorough policy proposals?

Ever since the first televised Kennedy-Nixon debate in which Kennedy’s success was credited largely to his physical appearance, we’ve increasingly embraced politics as theater. We’ve put both a former actor and a reality star in the White House, the latter of whom consults with Kanye West and Kim Kardashian on policy matters. You’d think we’d have learned our lesson by now. The ability to govern, not the ability to make compelling television, is what should matter.

What we need most in the White House is not another performer, but a problem solver—boring, calm, and reasonable as they may be. But if we keep judging debates primarily as performances, we risk overlooking the candidates who are most capable of solving our problems.