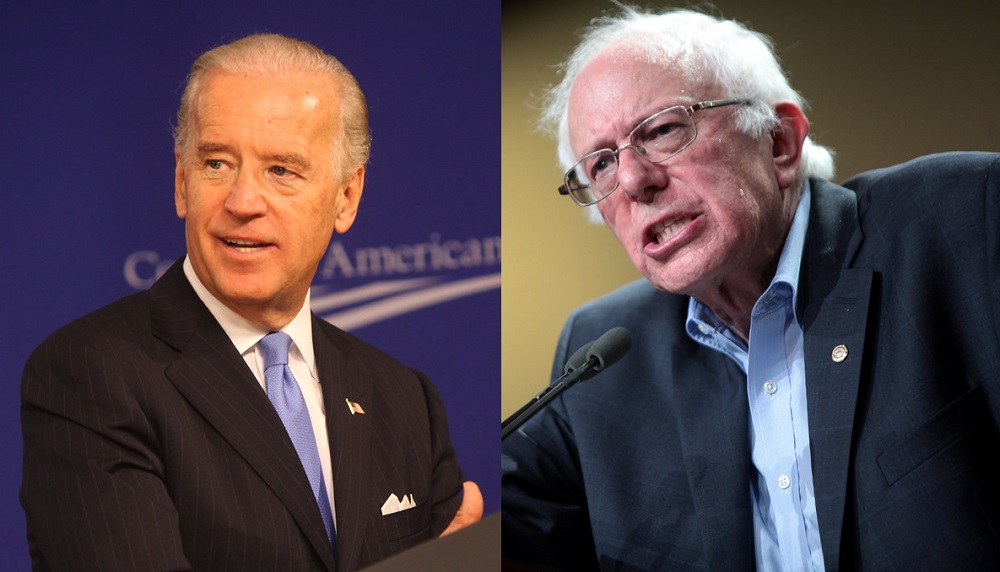 And saying so is a recipe for disaster in 2020.

In 2018 Democrats sent 67 new representatives to the most diverse Congress in American history. The Party’s freshman class wasn’t just not predominantly white and male; it was dominated by women (38) and persons of color (23)—many of whom represent mostly white districts. By contrast, out of 44 newly elected Republicans, only 5 were women or persons of color.

The difference between the parties has never been more clear. By any measure, the vast majority of Democrats embrace and support not only diversity of race and gender, but of religion, sexual orientation, and political ideology. You’d think that would be enough to give anyone pause before labeling the Democratic party or “Democrats” as racist and sexist. But you’d be wrong.

Racism and sexism or a correlation/causation fallacy?

In an article titled “Women Deserve Better Than Biden and Bernie” Sady Doyle suggested that Democrats supporting Joe Biden or Bernie Sanders “seem to have internalized the idea that power is naturally white and male and that we must throw our support behind white men in order to win.” It’s an inaccurate, unfair charge against voters who supported Barack Obama and Hillary Clinton in the last three presidential election cycles. But acknowledging that Democrats haven’t nominated a white man for President in 15 years might have sullied Doyle’s argument that “to keep nominating white men…is a moral failing.”

Others have raised similar concerns about Biden and Sanders topping polls. Leah Daughtry, who helped organize the She the People Presidential Forum, said of Biden’s front-runner status, “Racism and sexism are part of the fabric and the fiber and the founding of our country…and the way that the [Democratic] candidates are being treated, it just reminds you of that. We’re not past it.”’

But is Biden’s polling strength really proof of racism or sexism? Or are Doyle and Daughtry making negative assumptions that comport with their preexisting views about race, gender, or oppression? Biden is not only more experienced than his opponents, he has greater name recognition, and served as second in command to President Obama. If Biden and Kamala Harris switched resumes and Biden was still polling ahead, the racism/sexism explanation would be more plausible. But this early in the race, it’d be odd if the Vice President from our last Democratic administration was not in front of a crowded field.

There are also justifiable reasons for Sanders’ support. His last campaign captured national attention, inspired thousands of new activists, and build a large base of supporters—many of whom were eager to back him again. Why shouldn’t an extremely well known candidate who won over 13 million votes in 2016 start the 2020 campaign ahead of lesser known candidates like Harris, Klobuchar or Kirsten Gillibrand in 2020?

Other than committing a correlation/causation fallacy—that since white men are winning, they must be winning because they are white men–what evidence do Doyle or Daughtry have to support their claims of racism and sexism propelling Biden and Sanders? Assuming as much is no more valid than assuming a black woman got into college due to affirmative action. And saying so is just as divisive.

Is the media pushing white men on the electorate?

It’s not just Democrats who are allegedly racist and sexist. Cofounder of Black Voters Matter, LaTosha Brown called the media “complicit” in boosting white male candidates. To be fair, it is important to look for biases, inequity, and consider why candidates like Beto O’Rourke or Pete Buttigieg have both enjoyed significant media coverage.

O’Rourke’s campaign launch got more attention than roll-outs from Harris, Klobuchar, or Elizabeth Warren (my preferred candidate)—all of whom are more experienced. Buttigieg has surged in the polls more than any other Democrat. So it’s understandable why Social Justice advocates who have been taught about patriarchy, oppression, or a matrix of domination may be tempted to conclude that racism or sexism are responsible.

But once again, there are other, far more likely explanations for O’Rourke and Buttigieg’s coverage than white maleness. What journalists gravitate toward more than a specific type of person are compelling narratives and “will they or won’t they” cliffhangers. They want clicks, eyeballs, and shares.

Yes, O’Rourke received largely positive coverage running against Ted Cruz. But he was running against Ted Cruz—perhaps the most hated politician in the country! Plus, he had underdog status as a Democrat in Texas. And though O’Rourke came up short, after the election he gave journalists plenty of content by blogging about his soul-searching road trip, bizarrely vlogging his teeth cleaning, interviewing with Oprah, and teasing out whether he would run for President for months. It shouldn’t be surprising that those oddities and ups and downs got more attention than Harris’s predictable march toward her inevitable announcement. For what it’s worth, since his announcement coverage of O’Rourke has significantly declined.

Journalists also like novelty and rising stars, which explains Buttigieg’s “moment.” He started with extremely low expectations and then exceeded them with a stellar CNN town hall, impressive fundraising numbers, and a polling surge. What were journalists supposed to do? Ignore Buttigieg’s surprising success and write about Gillibrand plodding along at one percent in Iowa polls?

Just because a white man temporarily garners favorable coverage doesn’t mean it’s because he’s a white man. Alexandria Ocasio-Cortez hasn’t had any problem capturing the media’s attention as a woman of color. Nor has Ilhan Omar or Stacey Abrams. Being white men hasn’t helped Jay Inslee or John Hickenlooper seize the spotlight. Who makes headlines and why is complicated. So perhaps we should consider alternative explanations to racism and sexism the next time a magazine profiles Buttigieg or praises Biden? It’s not just the right thing to do; it may help Democrats reclaim the White House in 2020.

If we want our eventual nominee to succeed, we should be careful before leveling harsh accusations against our fellow Democratic voters. Today’s Democratic Party is the most diverse, inclusive major political party in the history of this country. That should give us an enormous advantage over the more monolithic Republican Party. But if we aren’t careful, unsupported accusations of racism or sexism will divide a party in desperate need of unity—and give us four more years led by a man whose biases are not in doubt.

3 thoughts on “No, The Democratic Party Is Not Racist or Sexist”