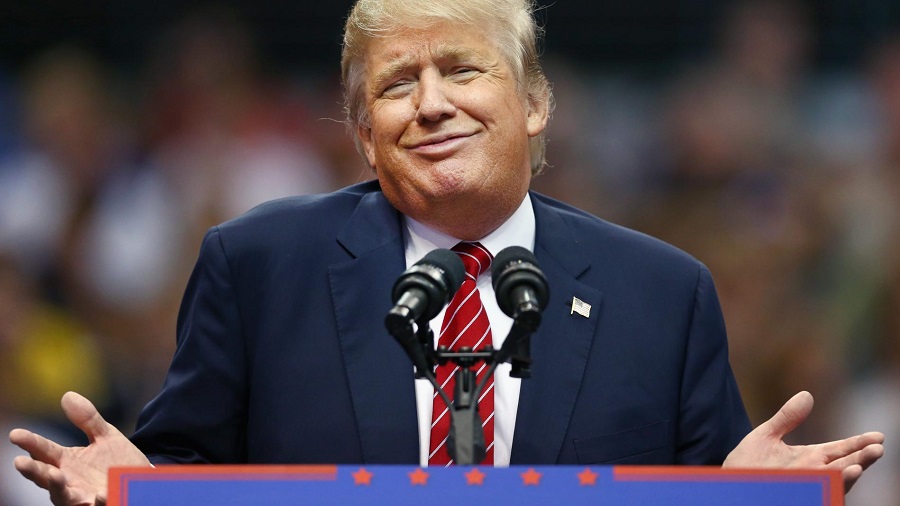 Trump could have delivered on his signature campaign promise. His ineptitude is standing in the way.

Throughout his life Donald Trump has touted himself as the ultimate dealmaker. He literally wrote “The Art of The Deal” of which the Chicago Tribune wrote “Donald Trump is a deal maker. He is a deal maker the way lions are carnivores and water is wet.”

On the campaign trail Trump promised to take his deal making skills from the business world to the political world. Where other politicians failed, he claimed he would succeed, because he knew how to get things done, stating, “I make good deals. That’s what I do. I would make great deals for our country.”

Enough voters believed him. They liked the idea of a shrewd businessman bringing efficiency to bloated government. Never mind Trump could have made more money simply by investing in index funds than through his career of business endeavors. Voters liked some of Trump’s campaign promises and believed he had the skills to see them through. And no campaign promise was more important than the wall.

From the beginning of his campaign Trump said he would build a wall across our southern border. He said Mexico would pay for it and perhaps most people knew that was unlikely, but even so, there would still be a wall. The master dealmaker would certainly accomplish that much.

But after two years he hasn’t.

Before Trump took office there was some type of barrier across 654 miles of the 1,954 mile border. Today there are 685 miles of barrier, only 31 more miles than before. Last week, parts of the government shut down because Trump could not persuade Congress to fund construction of the wall, leaving hundreds of thousands of government employees with an uncertain future.

Trump has dug in, saying he will do “whatever it takes” to secure funding for the wall. The situation is so dire that some Trump supporters have started a GoFundMe page to pay for the wall themselves. If that wasn’t the nadir for Trump, it was probably on Christmas Eve. When most Americans were spending time with friends and family, Trump tweeted the he was all alone, waiting for Democrats to come back and make a deal.

But if Trump thinks Democrats are to blame for his failure to get funding for the southern border wall, he is mistaken. Trump could have had his wall. He could still have it now. He doesn’t, not because Congress stood in his way, but because he has been too inept to succeed. The wall is proof: Trump is bad at making deals.

Back in January of 2018 Democrats believed they had come up with the framework of a deal that would have funded Trump’s border wall. Senate Minority Leader Chuck Schumer (D-N.Y.) believed Democrats were willing to fund the wall in exchange for a path to citizenship for children of undocumented immigrants who came to this country at a young age. It was a deal with concessions on both sides—as most good deals are. Most importantly, it would have allowed Trump to deliver on his signature campaign promise. But he rejected the deal, perhaps believing he could do better. He hasn’t gotten as close to a bipartisan deal with significant border wall funding since.

Even more embarrassing for Trump is that he may have been able to fund the wall all along and not known it. Former Wall Street Journal editor Brett M. Decker and national-security attorney James Renne recently argued in USA Today that Trump already has the funds and the authority to build the wall without going through Congress. By selling government loans on the secondary market, Decker and Renne believe Trump can bypass the need for a deal with Congress, arguing that both President George W. Bush and Barack Obama also allocated significant funds without authorization to support their administration’s efforts.

The comparison to past Presidents is apt because regardless of the success of their major campaigns, they were at least able to make them happen. Unpopular, costly, and regrettable as it was, the Bush administration got Congress to authorize military action against Iraq. Obama worked with Congressional leaders to pass the Affordable Care Act. Yet here is Trump, half way into his term, waiting for permission to build his wall.

A more knowledgeable politician, a better dealmaker, or even someone with the humility to surround themselves with people who knew what they were doing would have figured things out by now. The wall would be well underway. But Trump is so out of his depth that he hasn’t delivered on his most important campaign promise. And with Democrats taking back the House in 2019, the odds will be stacked against him even more.

For those of us who have been horrified by Trump’s election and presidency, it’s a reminder of the one thing that has made the last two years bearable—Trump’s delightful incompetence. Hyping himself up as a master dealmaker may have gotten Trump elected. But thankfully, he hasn’t lived up to the hype.